Squash is a worldwide popular racquet sport that is similar to tennis. It is played also by two players but instead of a flat court; players play against each other in a four-walled court with a small, hollow rubber ball. Before, this game was originally called squash rackets, but the word rackets was dropped to give its modern name today. Before we dig deeper into the game it is best to know the history of squash. Also how it was named “squash” as we know today.

IT STARTED WITH TENNIS

The predecessor of squash is an ancient form of tennis where children played different games and leisure exercises along the narrow streets of France. This was during the twelfth century where boys and girls alike slapped balls into designated targets such doors and windows. Eventually, this recreation spread even reaching the monasteries. A fishnet was made to stand in a field that will serve as a goal where they patted the ball to and fro using their hands. Because there are no balls at that time, a piece of leather sewn together using hair after placing cloth and soil inside the leather. Later on, they made tree branches and sticks and used it to strike the ball. Later on the 15th century, the sticks were formally made into racquets by the Dutch.

The sport became popular and was named tennis and eventually became national sports of several European countries. Tennis became popular that several tennis courts were built all over Europe including in royal residences. After tennis became a popular sport in the streets, a similar but slightly different version was gaining popularity.  The game was called rackets and to play this game you smack a ball unto one and sometimes two walls. This became popular because this game doesn’t need a tennis court to play yet you get the same feel and excitement. Fives also become popular during this time. Fives was named after the number of fingers in the hands and is basically rackets using the hands and can sometimes be without rackets at all. We can say that fives and rackets were the direct influence of squash.

FIVES AND THEN SQUASH

The creation of the formal game of squash as we know today is credited by many to Harrow School located outside of London. Although not so smooth and not as clean as the modern squash, they have a more or less similar way of playing the game. The very reason why squash was invented was because of the brilliance of many Harrow students. Before the leather ball was used, but the students used a circular rubber ball or squash ball. Since the rackets were heavy during this time, they cut off and shortened the handle of their rackets to make it lighter and easier to control. Because of the new idea, where the game can be played without demanding too much physical prowess, the game called squash eventually become a popular sport in Europe.

TO THE WORLD AND BEYOND

Because of the ease to play even for beginners, squash soon not only spread in Europe but around the globe and beyond. In 1883, an alumnus of Harrow School named Vernon Harcourt was credited as the first person to have a private squash court built in his home in Oxford. The court measured 38 feet by 20 feet, with a tin of thirty inches. Afterward, several squash courts were built in several locations in London but no court standard existed yet. One of the popular courts was called the “Long Court” and was built in the year 1905 and measures 35 by 18 feet.

In 1920, the first squash tournament was organized by Lord Desborough and the Bath Club established in the city of London. The tournament was called as Bath Club Cup and helped squash become one of the most popular sport even to those who haven’t heard about the squash game. There were no attempts after to make the game standards such as rules and court sizes which were totally understandable since the game was still new. This was changed when squash reached Great Britain.

Tennis, Rackets and Fives Association, later on, was established in April 1907 under the Queen where a subcommittee for squash was created. The subcommittee then released a set of standards and rules for squash in the year 1912. The subcommittee deemed that the court size would be determined by the locality where the court was built. They set a standard for the balls as well but they suggested two balls. The first ball should be fastball but should not bounce too high or fly without control. The next ball is a tiny and hardball that has no hole. They released other standards as well later after that the committee didn’t release any new updates.

It was until January 1923 where the official size of the squash court as decided. Several members of the prestigious Royal Automobile Club decided and voted that the Bath Club court would be the standard size of English squash court. The standard size of English squash is 32 by 21 feet. The ball was also decided which would become the standard material, the correct size, and weight which is equally important. Several revisions have been made for the squash ball to make the ball slower and slower up until they have a similar ball to what we have today.

SQUASH IN THE UNITED STATES

When the squash was slowly setting its standards in Europe; it was also great to watch squash in the United States. Just like in the UK, United States didn’t have the standards as well to play squash. In St. Paul’s School located in New Hampshire in the year 1884, the first squash in entire North America was created. In the 1900s, a  popular player named Alfred Ellis placed a new squash court in his club. This court was made of wood and measured 31 by 17 1/2 feet. After these, many clubs began to build their own squash courts at their own homes.

There are even members of a club where every member built a squash court in their own personal home. But there is still one problem, aside for the popularity of squash in the country, the United States still didn’t have a set of standards that will be used in constructing a squash court.

In 1904, after a successful interclub tournament, leaders of different squash clubs met and formed the then US Squash Racquets Association (USSRA), also the first known national squash body in the US and in the world. USSRA was now known as US Squash, as a governing body, then set a standard weight of the official squash court to 31 1/2 feet by 6 feet 3 inches, with a twenty-four-inch tin. Other standards were agreed upon as well like the best of three, the side-out form of scoring. USSRA began organizing squash tournaments in North America and helped boost the popularity of squash. In 1920, USSRA set the standard for squash court to 32 feet and 18 1/2 feet.

SQUASH AS A PROFESSIONAL SPORT

Because of the overwhelming support of squash enthusiasts, adding the different committees and many governing bodies’ represent squash has really gone a long way as a sport. Its players are no longer school boys but rather athletes that have trained hard and long to be a good squash player all over the world. A significant rise in the popularity of squash happened right after World War 2. In January of 1967, many representatives from 7 countries (Australia, Egypt, Great Britain, South Africa, Pakistan, New Zealand, and India) gathered in the city of London and established ISRF also known as International Squash Rackets Federation. In the year 1969, the countries Canada and the United State were added as members and joined the tournament held by ISRF.

Then in 1980, the ISRF allowed professionals all over the world to participate in their tournaments. In 1980, the first of the world junior championships were hosted by Sweden. In 1985, however, the organizing body for women, Women’s International Squash Federation (WISF) was founded in the year 1976 and had previously sanctioned 4 world championships way back, was merged and joined the ISRF. By the year 1992, ISRF modified its name to what we call now as World Squash Federation.

It was in 1930 that the British Open was started and provided a venue to have professional squash players to compete and excel in the game of squash. In 1970, Jonah Barrington, a six-time British Open champion, organized a tour in Asia which eventually created the International Squash Players Association (ISPA). In 1973, this became the viable pro tour for squash professional players.

The major tournaments that a professional squash player usually joins include the British Open and the World Championships. The game of squash has really gone a long way from a simple ball tapping to becoming professional sports in modern times. Nevertheless, there is still so much in store for squash as an event and while squash enthusiasts continue to strive hard and contribute to make squash a top sporting event, the future can only tell. So far squash is not yet an official Olympics event but probably in the near future, it can already be included. The sport has already produced big names and accomplishments that are on par with other sports in the world. As they say “In not quite one hundred and forty years squash has started from a simple street game to the most exciting, exhausting and explosive game in the world.” 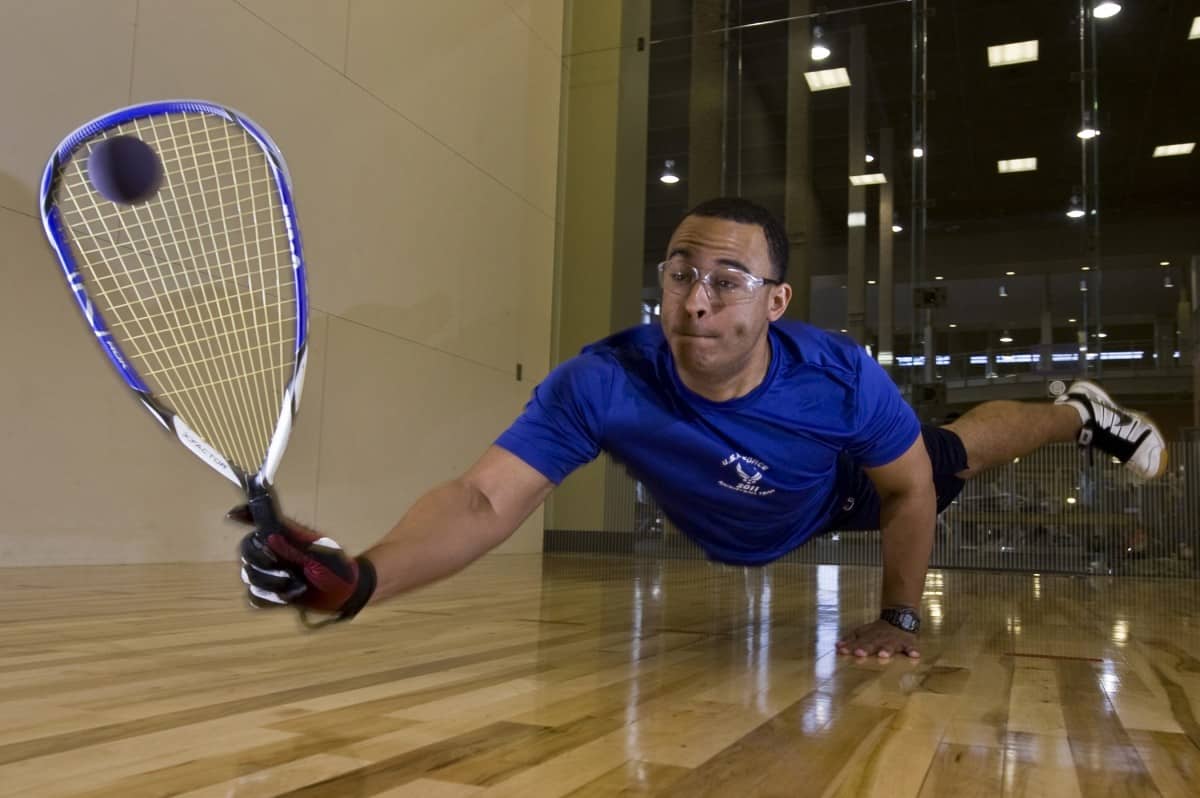 Fitness and Training Tips to Improve Your Squash Game

Whether you are a professional or a novice, you may require a few tips to improve your squash game. 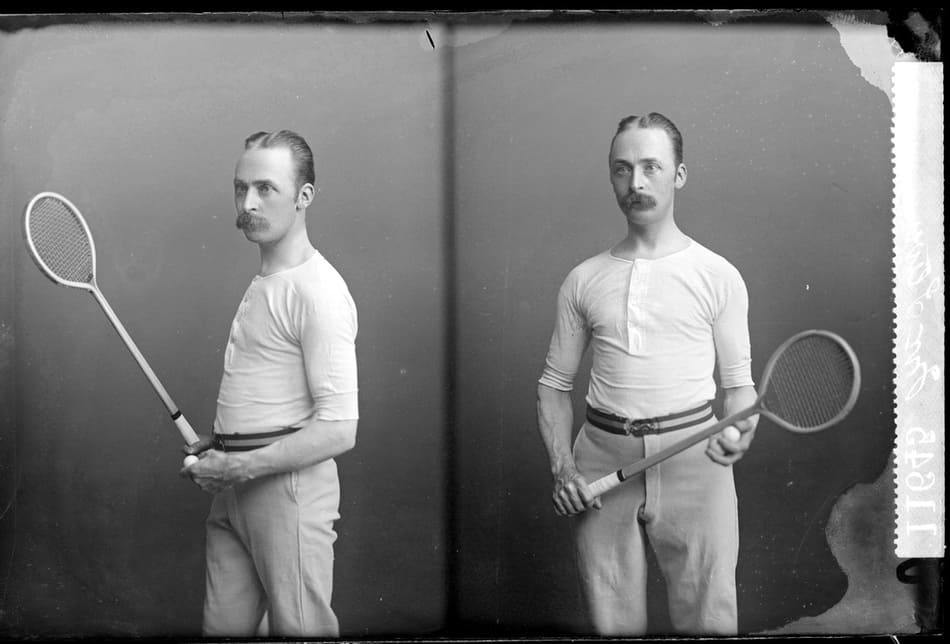 Squash – A Glimpse of its Colorful History

Squash is a worldwide popular racquet sport that is similar to tennis. It is played also by two players but instead of a flat court; players play against each other in a four-walled court with a small, hollow rubber ball. Before, this game was originally called squash rackets, but the word rackets was dropped to…